България, балканите и света 24.03.2020       In December 2019, a new disease caught the attention of the media and the public around the world. Scientists quickly discovered that the cause of the disease is the Corona...   прочети повече

България, балканите и света 22.03.2020   By Itai Brun and Yael Gat   A seminar at the Institute for National Security Studies (INSS) on political and security implications of the corona crisis underscored the...   прочети повече

България, балканите и света 17.03.2020   „Domestic policy can only defeat us; Foreign policy can kill us”. John F. Kennedy A brief description of the current geopolitical situation and its prospects In...   прочети повече

A LETTER FROM F. SCOTT FITZGERALD, QUARANTINED IN 1920 IN THE SOUTH OF FRANCE DURING THE SPANISH INFLUENZA OUTBREAK

Автор: Франсис Скот Фицджералд   Dearest Rosemary,   It was a limpid dreary day, hung as in a basket from a single dull star. I thank you for your letter. Outside, I perceive what may be a collection of fallen leaves tussling against a trash can. It rings like jazz to my ears. The streets are that empty. It seems as though the bulk of the city has retreated to their quarters, rightfully so. At this time, it seems very poignant to avoid all public spaces. Even the bars, as I told Hemingway, but to that he punched me in the stomach, to which I asked if he had washed his hands. He hadn’t. He is much the denier, that one. Why, he considers the virus to be just influenza. I’m curious of his sources. The officials have alerted us to ensure we have a month’s worth of necessities. Zelda and I have stocked up on red wine, whiskey, rum, vermouth, absinthe, white wine, sherry, gin, and lord, if we need it, brandy. Please pray for us. You should see the square, oh, it is terrible. I weep for the damned eventualities this future brings. The long afternoons rolling forward slowly on the ever-slick bottomless highball. Z. says it’s no excuse to drink, but I just can’t seem to steady my hand. In the distance, from my brooding perch, the shoreline is cloaked in a dull haze where I can discern an unremitting penance that has been heading this way for a long, long while. And yet, amongst the cracked cloudline of an evening’s cast, I focus on a single strain of light, calling me forth to believe in a better morrow.   Faithfully yours, F. Scott Fitzgerald   ___________________________ Zelda Fitzgerald is the wife of Scott Fitzgerald. She was an American novelist and painter Rosemary Hoyt at the time was a rising movie star who was the prototype of the heroine in his novel “Tender Is the Night”   прочети повече 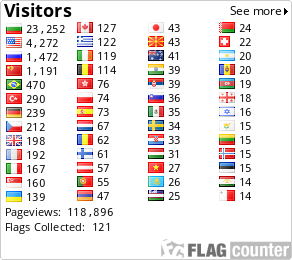